Australia leads the world in interest in vegan 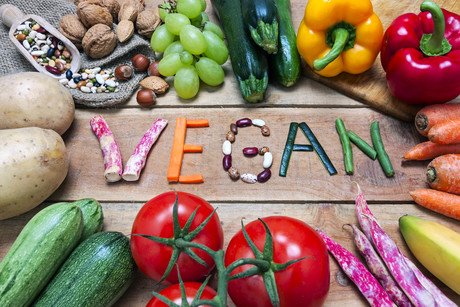 There are always new trends in diets but one that is gaining more and more traction in Australia is veganism. Veganism is a stricter form of vegetarianism; not only do adherents eschew any killed animal products in their diets they avoid animal products altogether, essentially no eggs, dairy products or honey.

In 2018, search interest in ‘vegan’ information was at an all-time high in Australia. In fact, Google Trends analysis of searches for the word vegan across the globe during 2018 showed Australia had the highest percentage of all searches done.

Adelaide, Melbourne, Brisbane and Perth all scored spots in the global list of top vegan cities, coming in at fifth, sixth, ninth and 10th, respectively.

The top vegan-related queries on Google are for animal-free recipes and food, while rising in frequency are searches regarding Hungry Jack’s vegan burger and Domino’s non-dairy cheese — two major vegan fast-food options that launched in 2018.

With the United Nations warning that a global shift towards vegan eating is necessary to combat the worst effects of climate change it is probably time to consider adding vegan items to your product line-up.

SPC launches into the ready meals food market in Tasmania

SPC has launched into the Tasmanian ready meals food market with The Good Meal Company.