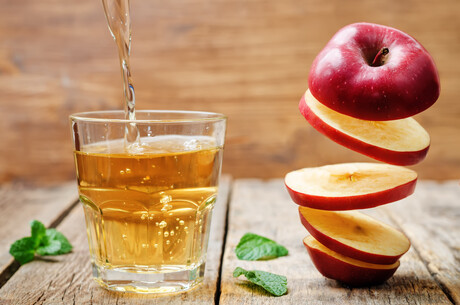 Government Ministers met on Friday (12 February 2020) at the Australia and New Zealand Ministerial Forum on Food Regulation to agree to "maintain the status quo" with the HSR calculator upon further advice from the Department of Health.

The Forum found the system "adequately reflects the variation in sugar content for juices", which assists consumers in their choice of beverages.

Nutritional information is mandatory on the back of packaged Australian and New Zealand foods, but HSR labels, which have appeared on the front since 2014 and rate a food from 0.5 (least healthy) to five (most healthy) stars, are voluntary.

Agriculture Minister David Littleproud said the decision was "madness" after the Forum rejected a proposal to lock in a minimum 4-star health rating for pure fruit and veggie juices in November.

"Fresh, pure, vitamin-rich Aussie OJ is better than soft drink every day of the week and our Health Star Rating system should reflect this,” Minister Littleproud said.

AUSVEG, Australia’s peak industry body for the vegetable and potato industries, had called for common sense to prevail before the Ministers voted.

"Pure fruit and vegetable juices are an important source of essential vitamins and minerals and play a valuable role in a healthy, well-balanced diet," Whiteside said.

Whiteside said that since 3%, or 93,000 tonnes, of total annual vegetable production in Australia is consumed in juice form each year, it is important the messaging around the Health Star Rating system doesn't confuse consumers.

"People reading labels that tell them a soft drink, which has added sugars and artificial sweeteners, has a higher HSR than a natural juice would be confused and could be led to believe that fruits and vegetables are not healthy, which is simply not the case."

But it appears the industry body's concerns were not heeded and the decision to evaluate fruit juices as unhealthy based on their high natural sugar content will stick.

Australia and NZ: 2nd in the world at Worldstar Packaging Awards

Australian and New Zealand companies have won 27 awards across 12 categories at the 2022...

The packaging is able to kill commonly encountered bacteria that are harmful to human health, and...

Nestlé has announced it is increasing the use of recycled materials across its...