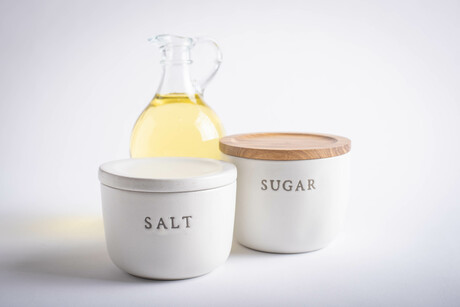 Consumer NZ has announced the ‘winners’ of its 2020 Bad Taste Food Awards.

The annual Consumer NZ awards highlight the claims food manufacturers use to promote their products as being better choices than they really are.

“However, when you check the back of the pack, you discover they’re loaded with sugar or sodium,” Duffy said.

“We also found sugary products that carried a raft of other claims, including ‘no artificial colours or flavours’ or touted their vitamin and mineral content.”

Consumer NZ said the 10 winners of this year’s awards are:

Nestlé Milo Protein Clusters: Nestlé boasts its cereal contains whole grains, “fibre”, “8 vitamins and minerals” and will “give your child sustained, low GI energy to keep them going for longer”. But check the small print, and you’ll find this cereal is also 26.5% sugar.

Nice & Natural Probiotic Oat Bars: These cranberry and coconut bars claim to be the “right way” to “activate your day”. They boast they’re a “good source of fibre” with “no artificial colours or flavours”. The less savoury fact: they’re also 22% sugar — that’s two teaspoons in each bar.

OSM Almond with Vanilla Bites: OSM’s bites are promoted as “nutritionally balanced”, a source of protein, fibre, 10 vitamins and six minerals. Eat the recommended serve, and you’ll be getting 30g of sugar too — that’s seven teaspoons.

Glaceau Vitamin Water: “Power”, “iron” and low calories are on offer in a bottle of dragon fruit-flavoured Glaceau Vitamin Water. But along with the vitamin-enhanced water, there’s 22 g of sugar: one 500 ml single-serve bottle delivers five teaspoons.

Edmonds 97% Fat-Free Vanilla Cake: Edmonds boasts its cake mix is “97% fat-free” and contains “no artificial colours, flavours or preservatives”. But this 97% fat-free cake mix is also 55% sugar. That means there’s more sugar than flour in the cake.

Woolworths Chocolate Flavoured Creamed Rice: This creamed rice also carries the “97% fat-free” claim. It contains “no artificial colours, flavours or preservatives” and even manages a 3.5-star health rating. It may be low fat, but it’s not low sugar: there are five teaspoons in every serve.

Beehive Shaved Champagne Ham: The front of the pack declares Beehive’s ham is “97% fat-free” as well as “gluten-free”, “soy free” and “MSG-free”. What you won’t find on the front is that the ham is also high in sodium: 1200 mg per 100g! This information is only in the fine print on the back.

Alongside committing to 100% recyclable packaging across its entire snack range, PepsiCo ANZ has...

Product packaging supplier Result Group has announced it has partnered with global smart...

The growth comes after the Australian Government committed to work with the industry to apply the...