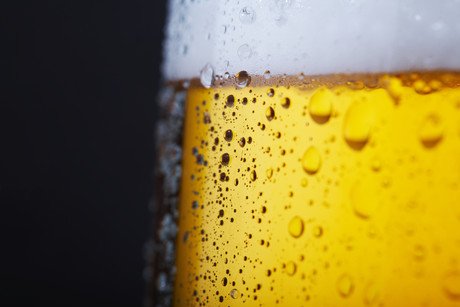 Olvi Brewery has ordered a new robotic dolly picking system and modified solution for keg handling for its headquarters in Iisalmi, Finland, from Cimcorp, a manufacturer and integrator of turnkey robotic gantry-based order fulfilment and tyre-handling solutions.

Founded in 1878, Olvi is the only independent Finnish brewery to have survived in the 19th century, and the updates form part of its strategy to remain agile and keep up with changes in the industry. The brewery distributes beers, ciders, soft drinks, energy drinks and bottled water directly to retailers all over Finland.

The Cimcorp solution includes gantry robots for handling the dolly picking as well as software, which controls the material flow after production, from the high-bay warehouse to the loading docks for order fulfilment.

The company modified Olvi’s previous order picking solution from 2014 to handle kegs, which Olvi’s Customer Service and Administration Director Marjatta Rissanen said they had struggled with for years. It is designed to store pressurised beverages like beer, cider or long drinks, in addition to beverage trays. Cimcorp also provided the software modifications needed for controlling the keg gripper.

“30-litre kegs are hard to handle because of their size and weight. Previously, kegs were picked manually and added to customer-specific pallets. During the summer season, the amount of kegs picked each day increases dramatically due to heightened demand. The new keg gripper will not only help optimise handling during peak times of the year, but also make it safer for our employees and get products to our customers faster,” Rissanen said.

The partnership between the two companies began in 2005, when the brewery first invested in its initial automated order picking system. Rissanen said they built on this partnership to develop the keg gripper. “Suddenly our Technical Manager realised that Cimcorp has a gripper that handles tyres. Tyres are heavy and round, just like our kegs,” she explained. “It seemed like a natural fit.” 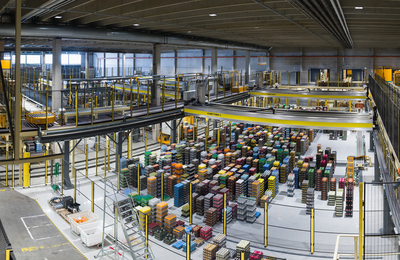 The modified keg gripper was customised in spring 2018, ready for the summer peak season. Pekka Kääriäinen, Technical Manager at Olvi, said, “Despite the tight schedule, the implementation was excellent. The equipment has worked well from the beginning.”

Cimcorp’s Vice President of Sales Kai Tuomisaari said the company and Olvi have mutual trust. “We like to think that we are more like partners rather than having a conventional customer–supplier relationship.”

The Axelent X-Guard Contour machine guarding is easily configurable and designed to adapt to a...