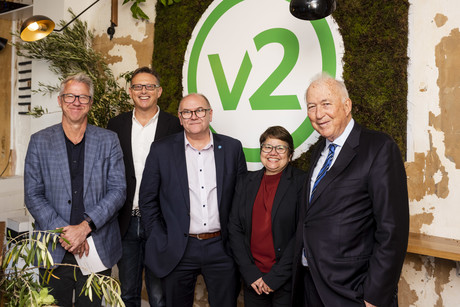 The start-up was formed in 2018 by the CSIRO’s Innovation Fund and managed by Main Sequence Ventures — a part of the Australian Government’s National Innovation and Science Agenda (NISA). Competitive Foods Australia, the company behind Hungry Jack’s, also contributed seed funding to launch the start-up.

With the aid of CSIRO’s research and development resources on a research for equity arrangement, the start-up was able to go from foundation to national launch in eight months. While the concept of meat alternatives from plants is not a new one, v2food has utilised food, nutrition and sustainability science from CSIRO to develop a sustainable and nutritious product that is claimed to differ from current protein substitutes.

“The goal is for our product to be a delicious alternative to meat, accessible to every Australian,” said Nick Hazell, v2food founder and CEO.

The start-up’s range of products are made from legumes and contain added fibre and nutrients, while looking and tasting like quality meat. With the CSIRO’s research and technology capabilities, the start-up is currently working on developing the capability to process legumes for plant-based meat alternatives, to create an all-Australian value chain. 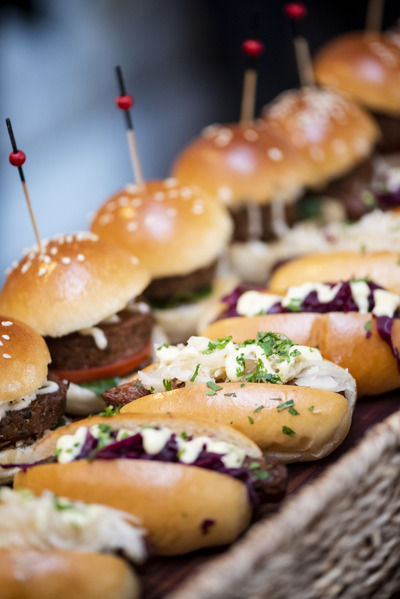 “We’ve seen a huge opportunity for plant-based proteins and the category is set to explode. I’ve eaten beef all my life but I’ve tasted the v2food and it tastes as good as beef. Therefore, we can’t wait to take v2food to consumers with some fantastic new products,” said Cowin, Chairman and CEO of Competitive Foods Australia.

The start-up strives to add plant-based meat to the Australian agricultural story, and plans to achieve this by collaborating with the grain and meat industries. CSIRO projects that this new industry will be worth over $6 billion in Australia by 2030, providing a big opportunity for existing meat and grain producers. It is estimated that by 2050, the global population will need twice the amount of food we consume today.

“This is an exciting opportunity for Australian grain farmers to be at the forefront of this growing market, which will help them grow and create new jobs. This isn’t about taking a share of the existing meat market, this is an additional opportunity to create a new market that could add $6 billion to our economy by 2030,” said the Hon Karen Andrews, Minister for Industry, Science and Technology.

Products from v2food will begin to appear in restaurants and cafes over the course of the year, with plans for a leading presence by early 2020.

Which bacteria qualify as probiotics?

A new scientifc paper describes four simple criteria for accurate use of the word probiotic, with...

Brownes Dairy will launch a range of cheddar cheeses made in Western Australia to boost the dairy...

FSANZ is calling for comment on its review of a ban on the retail sale of pure and highly...

Embryos could be susceptible to COVID-19