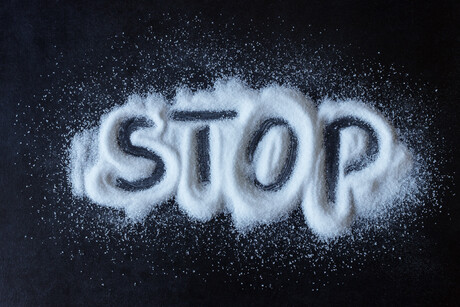 New research has suggested the government targets designed to lower salt content in packaged foods will make little difference to the health of Australians.

To combat this problem, the government developed a voluntary reformulation program that lowers sodium targets for 27 food categories.

But the study, conducted by a collaboration of international universities, found that the voluntary targets would reduce the amount currently purchased by Australian households in the form of packaged foods by just 3.5%.

High intakes of sodium are a key contributor to high blood pressure, according to Daisy Coyle, Lead author of the study and Dietitian from The George Institute.

Excessive amounts of sodium is also a significant cause of cardiovascular disease and chronic kidney disease.

"Our research shows that unfortunately the government's reformulation program, which has been five years in the making, is unlikely to deliver any meaningful health benefits for Australians," Coyle said.

In 2015, the Healthy Food Partnership was established to bring together stakeholders from government, industry and public health groups to tackle diet-related diseases.

The 27 sodium targets and five saturated fat targets were not released until May last year.

The researchers analysed a year's worth of grocery purchases from a national sample of around 10,000 households in 2018. This data was linked with The Georg Institute's packaged food and beverage database FoodSwitch to calculate the sodium content of the products they purchased.

The study found that if the voluntary targets were fully achieved, sodium purchases would be reduced by 50 mg/d per capita, equivalent to just 3.5% of sodium purchased in the form of packaged foods.

It also suggested that if Australia had adopted targets used in the UK, the reduction in household sodium purchases would more than double, mainly because the UK targets cover a broader range of products.

Dr Jason Wu, Program Head of Nutrition Science at The George Institute, said more should be done to ensure that the program's health benefits could be realised.

"With more than six million Australian adults — or one in three people — having high blood pressure, reducing salt consumption would save thousands of lives each year as well as millions in healthcare costs," he said.

"Our research shows that in its present form, this reformulation program is unlikely to deliver anywhere near the magnitude of reduction in sodium intake needed for Australians, despite a five-year-long process of planning and development.

"Further work is needed to set more stringent targets across more product categories and making them mandatory or at least incentivising manufacturers to comply."

Raise the age of criminal responsibility to 14, say health experts

AI tech to assist clinicians in wound assessment and care

How AI is shaping the future of oral wellness

Public trust in scientists rose during the pandemic