Cultivated meat to make up 40% of future meat intake 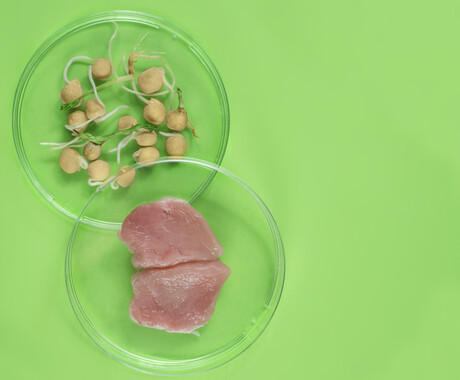 Cultivated meat is likely to make up 40% of future meat intake, taking up a significant chunk of the meat market, according to research published by the journal Foods.

The study showed patterns of greater openness to trying such products by younger generational groups: 87–89% of Gen Z adults, 84-85% of millennials, 76–77% of Gen X and 70–74% of boomers were at least somewhat open to trying cultivated meat.

Led by Keri Szejda, the researchers surveyed a large, representative sample of 2018 US and 2034 UK consumers, assessing indicators of adoption among the general population and by generational segments.

The majority of consumers surveyed were not familiar with cultivated meat, yet upon being presented with a description of the innovation, the respondents, on average, imagined that cultivated meat could make up about 40% of their future meat intake, with conventional meat constituting around 60%.

Honing in on the findings of the survey, which segmented the participants by age and by degree of enthusiasm, 40% of consumers were ‘very likely’ or ‘extremely likely” to try cultivated meat in both the US and the UK. This group of enthusiastic triers was categorised as the ‘early majority’ group.

Of the early majority group, an overwhelming 98–99% of them said they would consider welcoming cultivated meat as a regular item in their shopping basket. Most of the early majority are omnivores (94–95%) who consume meat 2–3 times per day in a typical week.

“In order to turn this expected acceptance into actual consumption patterns over time, it is critical to develop the right products, based on the right solutions,” said Didier Toubia, co-founder and CEO of Aleph Farms, which commissioned the research. “In the long term, Aleph Farms’s vision is to provide a better alternative to industrial livestock farming, which represents approximately 70% of global meat production today.” 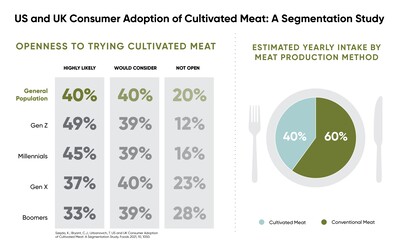