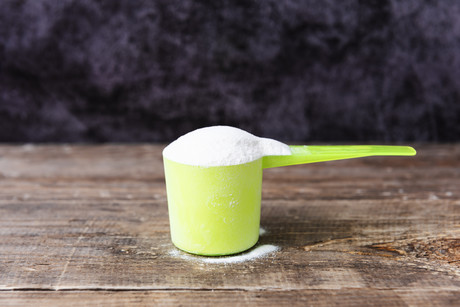 Earlier this year, the Morrison government vowed to tighten regulations following the death of Lachlan Foote from acute caffeine toxicity, a day before his 22nd birthday.

“I’m pleased with the swift action that has been taken to prevent the risk of more unnecessary deaths from consumption of these dangerous products,” Minister Colbeck said.

The ban applies to foods for retail sale where total caffeine is present in a concentration of 5% more in solid or semi-solid foods, like powders, and 1% or more if the food is in liquid form.

Minister Colbeck said the ban did not affect caffeinated products like coffee, energy or cola drinks and sports foods, which have much lower concentrations.

“An assessment by Food Standards Australia New Zealand (FSANZ) found that a heaped tablespoon of caffeine powder containing 5% caffeine would deliver around 825 mg of caffeine,” Minister Colbeck said. “This is a significant dose at which the risk of serious health effects start to increase and should not be available for retail sale.”

Across the next year, FSANZ will be working to provide clarity under the Food Standards Code on safe levels of caffeine.

An education campaign will also start shortly to help inform Australian consumers about the risks of caffeine powders and purchasing these products online.

Tismor will soon make the Kfibre ingredient available to its customers after it signed an...

The two new varieties of strawberries, with an intense flavour and intriguing appearance, will be...

The functional ingredients are now certified as having no forbidden substances under Islamic law.