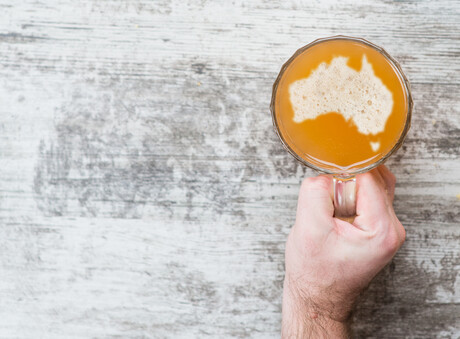 New research from Monash University has revealed Australians did not ‘get on the beers’ at home during the nation’s COVID-19 lockdowns despite the closure of licensed venues.

On-premises alcohol consumption was prohibited in Australia in March following the closure of pubs, clubs, restaurants, cafes and sporting venues.

The findings suggest people are more likely to drink beer when out with mates in social situations, such as the footy or at the pub.

Researchers from Monash’s Faculty of Arts and La Trobe University turned their findings into the paper When the pubs closed: Beer consumption before and after the first and second waves of COVID‐19 in Australia, published recently in the international journal Addiction.

Almost five years of alcohol sales data from the ATO was used in the research, determining the level of beer consumption per capita per week in litres of pure alcohol.

When first wave restrictions were lifted in May, there was, unsurprisingly, a notable increase in on-premises beer consumption but again, no change to off-premises consumption.

The increase in on-premise consumption also didn’t fully offset the reduction that occurred during restrictions, indicating that Aussies weren’t drinking to compensate.

Second wave restrictions, felt predominately in Victoria and measured from July, also saw an immediate reduction in on-premises beer consumption, but no significant change was seen in off-premises consumption.

Lead researcher Dr Brian Vandenberg said with beer representing the largest share of total alcohol consumed in Australia and disproportionately represented in risky drinking, there were widely held concerns people would increase their consumption at home, particularly with unemployment rates spiking as a direct result of the pandemic.

“Whilst these results are different to self-reported surveys on alcohol use during COVID-19 restrictions in Australia, our analysis likely reflects changes in men’s drinking habits and potentially their preference to drink outside the home — at sporting events, the pub and with company.

“Other factors should also be considered, with previous research showing that budget constraints can lower drinking during economic crises, even when stress increases. Reduced opportunities to drink due to bans on large gatherings, reduced tourism and directives to work from home will likely have contributed.”

Dr Vandenberg said the findings were positive and an unexpected health benefit from COVID-19 restrictions, with alcohol use contributing to 4.5% of total disease burden in Australia.

“If the reductions in beer consumption are maintained, particularly now as restrictions are eased across the country and we head into Christmas, then substantial longer-term public health benefits are possible,” he said.

Researchers said ongoing research was necessary to assess how consumption changes as COVID-19 related restrictions ease in the coming months, alongside research to identify vulnerable groups who may have experienced increases in drinking and harm during the pandemic.