For the year-long project, Fuller’s worked with Ardagh and London design and branding agency Jkr to create the new bottle design, which features 360° embossing and significant weight reduction from 380 to 300 g. 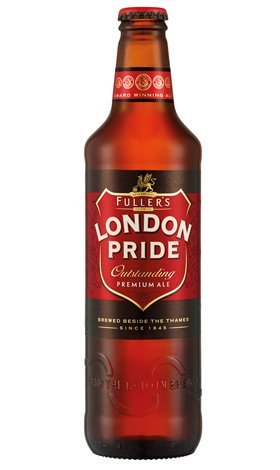 “The very first new-look bottles of London Pride, which are already in the trade, look fantastic,” said Ian Bray, managing director of The Fuller’s Beer Company.

“We have altered the shape to a sleeker, taller-looking design, although it is actually only 1 mm taller than the old bottle. The label has been placed higher up to ensure that the brand stands head and shoulders above our competitors.

“The bottle also includes an embossed outline of the River Thames, the majestic heartbeat of London, on the banks of which our beers are crafted. We took some of our cues from the world of wine, so we think the new bottle is equally at home on the dining table as it is on the bar.

“We have also taken the opportunity to refresh the London Pride label with a more modern look which will eventually translate into other pack formats, as well as on draught. The London Pride badge is instantly recognisable to beer drinkers around the world so this new evolution retains all of the most important elements, including the shape of the shield.”