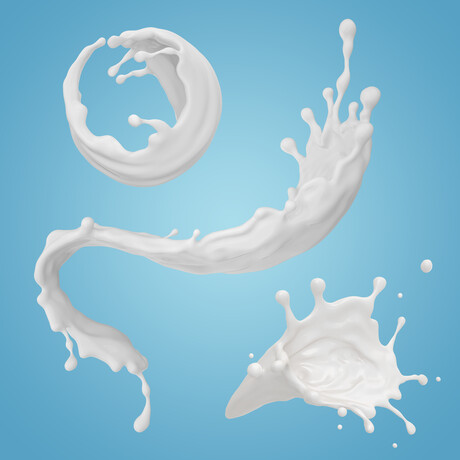 Neutron scattering is a technique commonly used in physics and biology to understand the composition of complex multicomponent mixtures and is increasingly being used to study applied materials such as food.

A new paper published in The European Physical Journal E by Gregory N Smith, from the Niels Bohr Institute at the University of Copenhagen, shows an example of neutron scattering in the area of food science. Smith uses neutron scattering to better investigate casein micelles in milk, with the aim of developing an approach for future research.

Smith, also a researcher at the ISIS Neutron and Muon Source in the UK, explains why better modelling of how neutrons are scattered by structures in colloid materials is important. “How well you can understand the structure of a system from scattering data depends on how good your model is, and the better and more realistic your model, the better your understanding,” he said. “This is true for food as for any material. A better understanding of the structure of casein in milk can help better understand dairy products.”

Neutron scattering can be used to investigate fluids by swapping the water solvent within them with heavy water —  water where hydrogen is replaced with deuterium, an isotope of hydrogen possessing a nucleus with a proton and a neutron rather than just a proton.

Smith set out to see if the model he had developed for casein micelles in milk could also be applied to existing neutron scattering data. “The particular set of data that I looked at was extensive and had measurements from a large number of backgrounds, with different water-to-heavy-water ratios,” Smith said. “This meant that I would not only be able to see if the model worked with different measurements, which would support its wider application, but also meant that I would be able to better quantify the composition of milk.”

Smith further explains that he was pleased to see his model agreed well when compared with existing data, something that is not always guaranteed when testing out new models with scattering experiments. What surprised the researcher, however, was just how much scattering occurred even in skimmed milk with fewer fat droplets.

“Even common and everyday materials, such as food, have a complex structure on the nanoscale,” Smith concluded. “You might look at milk and just see a cloudy liquid, but inside there are proteins that self-assemble into colloids, proteins that are free in solution, large droplets of fat, and many other components as well.

“By using a technique like scattering to study such a system, you can get beneficial information about all these constituents.”

Taking the guesswork out of cheese production

Researchers have devised a method that allows cheese quality to be checked much earlier and more...