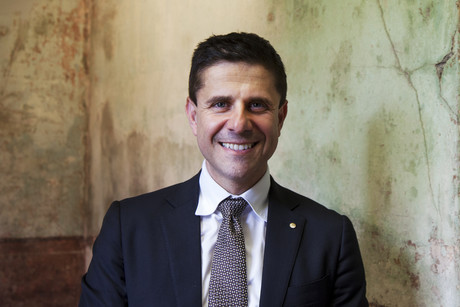 The State of the Global Islamic Economy Report 2019/20, produced by Dubai-based research firm DinarStandard, has highlighted the opportunities available for Australian food manufacturers in Islamic markets. The report estimates that Muslims spent US$1.37 trillion (AU$2.02 trillion) globally in 2018 on halal food, representing growth of 5.1% year-on-year, with a projected CAGR growth of 6.3% to US$1.97 trillion (AU$2.90 trillion) by 2024.

Australia is currently the fourth-largest exporter of halal food and beverages to Organisation of Islamic Cooperation (OIC) countries, with AU$7.8 billion worth of goods exported in 2018. With a CAGR of 6.3%, it is predicted that exports would double over the next decade to AU$14.6 billion.

The second-largest inter-governmental organisation in the world, after the United Nations, the OIC aims to safeguard the interests of Muslims globally in a spirit of peace and harmony. Australia exported AU$3.1 billion of meat and live animals to the OIC in 2018, making it the second-largest exporter after Brazil. Australia’s second-largest OIC export was cereals, representing AU$1.9 billion in value.

“There are 52 countries around the world with halal food regulations, with Muslims accounting for 17% of the $8 trillion global food spend. In 2018/19, $649 million was invested in halal food production opportunities. This is just the tip of the iceberg for investors. We’re starting to see an increase in halal investment from global food giants as well as carve-outs of halal business units from these companies. The DinarStandard report on the global Islamic economy identifies a number of interesting sector opportunities in the halal food space such as food tech, e-commerce and retail concepts. With beef consumption in Australia declining, the halal market stands as a beacon of hope for producers,” said Talal Yassine, CEO of Australian Islamically compliant superannuation fund Crescent Wealth.

The Australian domestic market for halal-certified food is also growing, with current spend at AU$1.7 billion annually. Australia’s Muslim population, currently at 500,000, is forecast to reach 700,000 by 2050, while 565,000 Muslim tourists visited Australia in 2018. The DinarStandard report also noted that the total Muslim consumer spend in Australia was AU$7.8 billion in 2018. Having recognised the growth opportunities in the halal food market, Woolworths has launched its Al-Sadiq brand of chicken products across 20 stores, in areas with high Muslim populations.

Yassine said that as the Islamic economy becomes more sophisticated, Muslim Australians are increasingly seeking investments that align with their beliefs.

Sealord has entered into a partnership with Infor, which will be providing software to the...

The Small-Scale and Craft Program is giving up to $15,000 to small businesses.

2022 PIDA Awards to be held at FoodTech Qld

The PIDA awards will be handed out at a ceremony during the final day of the FoodTech Qld event.