Four Pillars Gin is the International Gin Producer of the Year 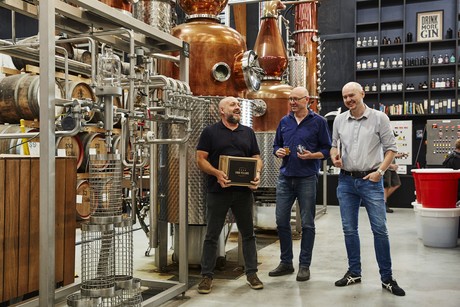 Yarra Valley-based distillery Four Pillars Gin has been awarded the 2019 International Gin Producer of the Year at the 50th Annual International Wine and Spirits Competition (IWSC) in London.

IWSC is claimed to be the world’s largest and most prestigious international competition for spirits with more than 3000 entries from all corners of the globe. Four Pillars is the first Australian distillery to be awarded the 2019 International Gin Producer of the Year, and Co-founder and Distiller Cameron Mackenzie accepted the award in London on 28 November 2019.

“To win this award, on the eve of our sixth birthday, is really, truly, bloody incredible,” Mackenzie said.

“This award is a tribute to every single person who has helped us make, sell, create, drink or buy one of our gins. This is reward for all of them. This award is not for a single one of our gins but for the whole of our gin business, and that’s what makes it so incredibly special.” 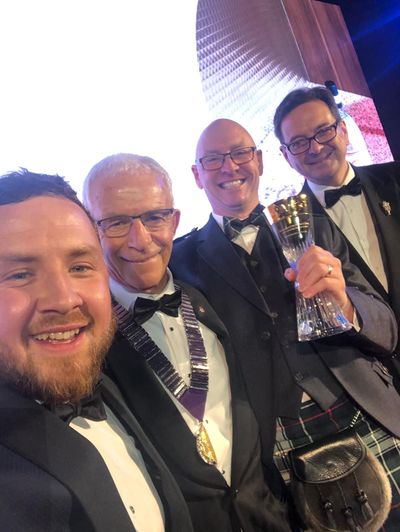 Four Pillars was founded by Cameron Mackenzie alongside drinks industry veteran Stuart Gregor and creative brand strategist Matt Jones in 2013 and the business took on Lion (a subsidiary of Kirin) as a 50% shareholder in April 2019. The three founders remain at the helm of the business and Four Pillars is today distributed in more than 30 markets across the world. It now produces around 100,000 cases of gin annually (equivalent to 600,000 bottles).

“When we started making test batches of gin back in 2012 we never in our maddest, wildest dreams thought this could happen so quickly. To say that I am in a state of disbelief would be vastly understating the true state of my disbelief,” Mackenzie said.

“The previous two winners of this award are Hernö from Sweden in 2017 and Kyoto Distillery in Japan last year so we couldn’t be in better company. They are two of the greatest distilleries and two of our best mates in the world of gin.” 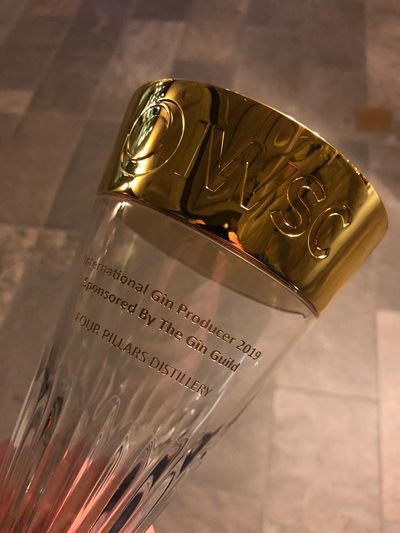 Australia is in the middle of a gin boom that has seen consumption of locally produced gin grow by 33% in 2018 and likely a similar number in 2019. It is estimated that there are around 180 distilleries in Australia producing gin today, whereas in 2013 there were fewer than 15. In the past five years (2013–2018), Australian consumption of gin has increased by 15.2% per annum and Four Pillars has grown at an average 83.4% a year since its launch in 2013 (IWSR reports).

The award for International Gin Producer of the Year caps off a special year for the distillery, which was also awarded Australia’s Liquor Brand of the Year at the Australian Liquor Industry Awards. 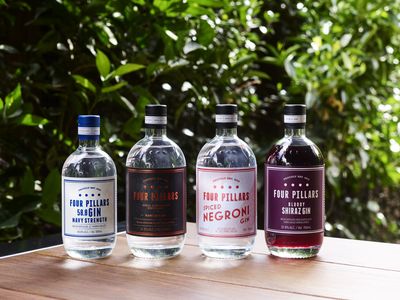 The distillery makes a range of gins including its Rare Dry Gin, Spiced Negroni Gin, Bloody Shiraz Gin and the Navy Strength Gin. It also produces a range of barrel-aged gins, including the Australian Christmas Gin and limited release collaborative gins.

Wild yeast, algae and the science of beer and wine

Austech and the inaugural Australian Manufacturing Week have been postponed until 2022.

Organic dairy farmer Jane Campbell has been appointed as the interim director of the Australian...

Efficient and secure: how data management of the future supports safer work practices

Russia approves COVID-19 vaccine — but is it safe?