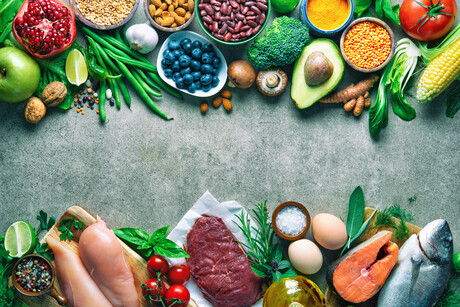 Following a global search for a leader who would continue to drive Food Agility’s vision for a sustainable food future powered by data and digital, Richard Norton will become the new CEO of the Food Agility CRC from 1 February 2021.

As the former head of Meat and Livestock Australia (MLA), Norton oversaw an annual research and development budget of up to $220 million and the creation of Integrity Systems Company (ISC), a digital traceability system that underpins trust in the red meat sector. He has also been general manager of retail at Elders, director of Agrium Asia Pacific, managing director of Landmark Operations and chairman of Integrated Traceability Solutions (ITS).

Norton said he had been attracted to the role because of the incredible capability within the team and board, as well as Food Agility’s purpose and approach.

“Globally, markets and investors are demanding evidence of climate action. Data and digital will be key in meeting those demands and differentiating the Australian brand in the marketplace,” he said.

“At home, poor connectivity in regional Australia is one of the greatest barriers to productivity. The future of our agrifood industry depends on breaking down that barrier to drive data sharing and digital adoption.

“Ultimately, it was Richard’s deep expertise in the agrifood sector, including in digital innovation, as well as his track record as an organisational leader, that impressed the board,” she said.

“Richard also brings a strong commercial lens that will be critical as Food Agility focuses on building scalable pathways to get research out of universities and into industry.”

Dr Astin extended her thanks to Dr Mike Briers AO for his leadership over the past three years.

“We are all here because of Mike’s vision. On behalf of the board, we thank him for his leadership in building an incredible team that is breaking new ground in digital agrifood innovation,” she said.

Dr Briers announced in October last year that he would step down as CEO as part of a planned transition.

Food Agility CRC is a $150 million+ innovation hub unlocking the power of data and digital technology for a more sustainable food future. It is funded by the Australian Government under its Cooperative Research Centre program and by its partners, which include agrifood businesses, technology companies, research institutions, agribusinesses and service providers.