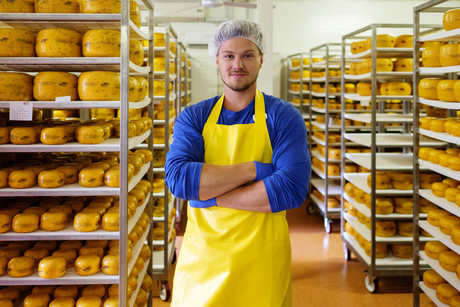 Workers at the Bega South Coast cheese manufacturing facility are endorsing industrial action after the company denied a fair pay rise in negotiations for a new enterprise agreement. Workers at the facility are represented by the Australasian Meat Industry Employees Union (AMIEU), the Australian Manufacturing Workers Union (AMWU) and the Electrical Trades Union (ETU).

“Workers have bargained in good faith and are making reasonable demands at the table. They have made the historic decision to take industrial action because Bega Cheese refuses to give them a fair pay rise,” said AMIEU NSW Secretary Patricia Fernandez.

AMWU members have planned industrial action to take place on Friday, with other workers joining the week after, after Bega refused to offer pay rises above 2.5% on Tuesday.

“The board of directors are happy to award themselves a pay rise of 2.7%, but when it comes to the workers who actually manufacture this product, they say that 2.5% is good enough. With a national wages crisis, we expect local employers such as Bega Cheese to acknowledge the important role they play in keeping local economies growing,” said AMWU State Secretary Steve Murphy.

“All unions are united in the fight for a better deal for Bega and will continue to campaign until workers get the respect they deserve,” said ETU State Secretary Justin Page.

An earlier offer put to workers by the company was rejected by the majority of workers, with further industrial action planned by all parties unless Bega Cheese provides a fair offer on pay.